Please head over to freyjazazuart.wordpress.com

for the most current updates from me!

Last night I painted at the Grand Opening Party in a new showroom location for Floform and Cambria in Victoria. Here are some pictures of the painting as it progressed over the evening. 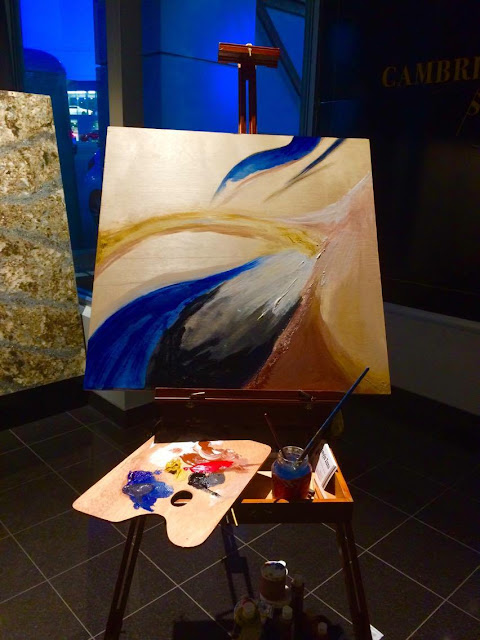 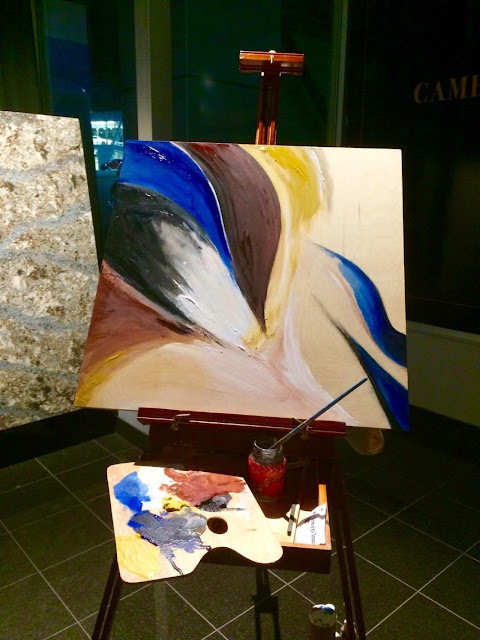 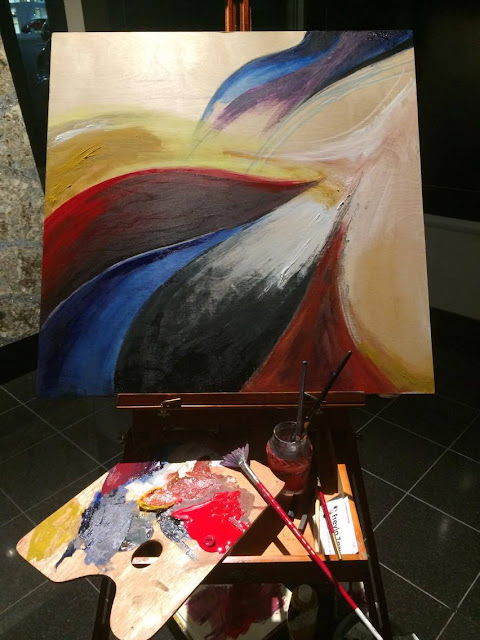 Live painting is an interesting experience. I am naturally quite a fast painter so I think it suits me, but it also adds a very performative element to the act of painting. Having spent quite a lot of time working in various galleries I am used to talking to people about art and it was fun to do so while creating. The performance aspect reminded me of my time as  a hiphop dancer in eastern Canada.  I enjoyed this event very much and  I look forward to more live art opportunities.

I would like to announce that I HAVE A NEW ART BLOG!!

what's wrong with this one?  nothing, but I decided that I need one that is JUST for art and have acted on that. Please drop by freyjazazuart and  follow me! I plan to keep it updated on a regular basis and fill it with interesting art, news, and activities. 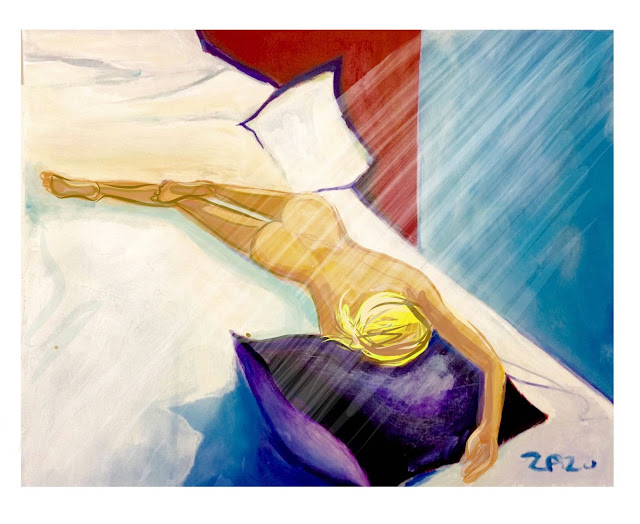 In the sunlight, acrylic and ink on canvas, Sold
Posted by Zazu at 10:56 No comments:

If you'd like a copy, I am taking advance sales. Books are $20 each and are glossy and fresh. 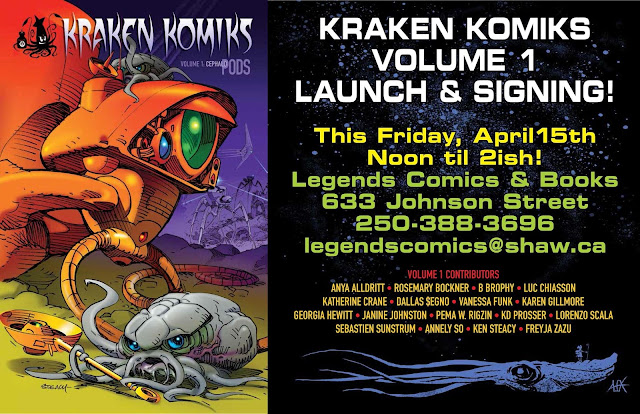 My art will be up at Street Level Espresso, 714 Fort St, Victoria, BC
for the month of March. Please stop in to have a look, have a treat and maybe buy yourself some art! 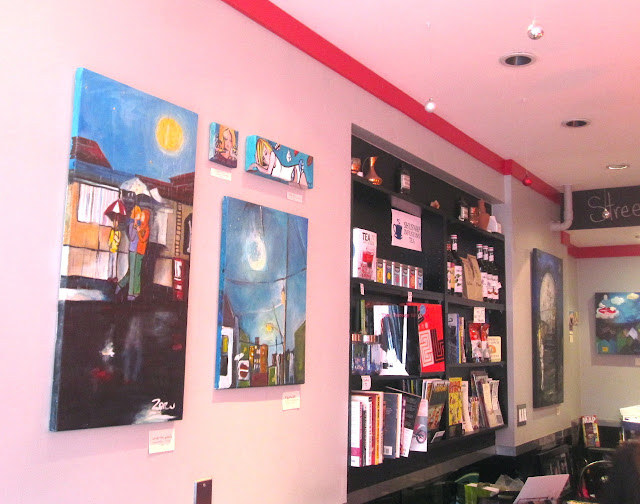 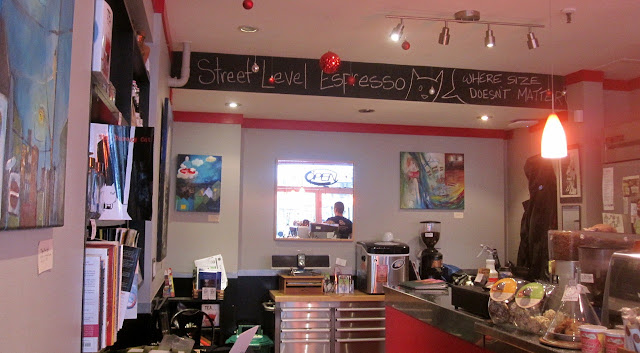 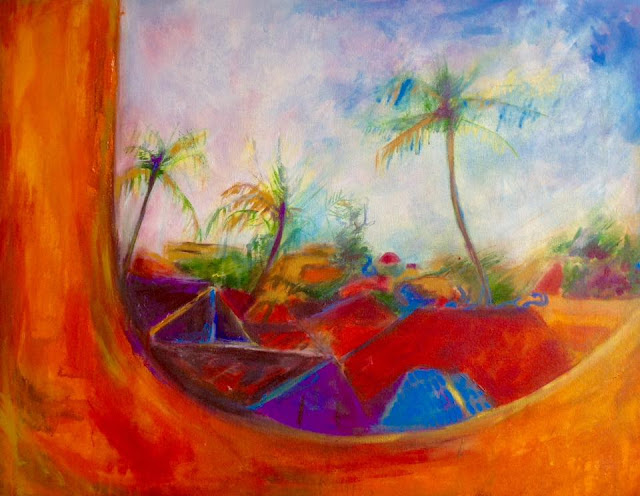 The view from my father's out door kitchen. Just before the monkey arrived to steal mangoes. The light was incredible here. Full of smokey incense and sun baked dreams. 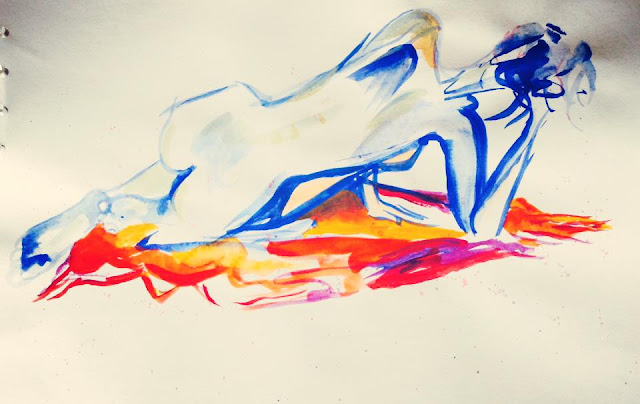 I painted this at a life model session in Ubud, Bali. There's something magical about painting in an art studio and looking out the window to see shimmering rice terraces. Then again, perhaps it was the coconut wine laced green tea we were sipping. 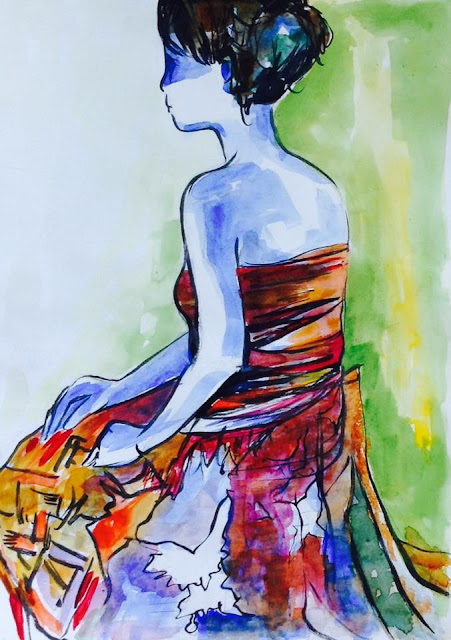 This I painted at Pranoto's Gallery in the rice fields from a model. I was enamoured with her beautiful woven sarong. 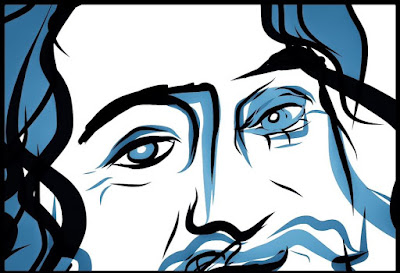 
I am so pleased to announce that the Ted Harrison Foundation has released a colouring book.
It was my pleasure to be a part of this project. 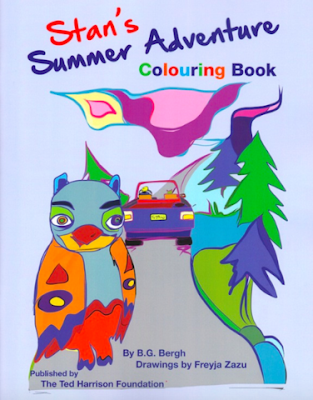 'Written by longtime friend B.G. Bergh and illustrated by artist Freyja Zazu (who painted with Harrison), this new colouring book follows Stan, a charming totem owl as he collects adventures on a warm summer's day. The loose lyrical lines are highly reminiscent of Ted Harrison's own style and encourage users to question where one colour should end and another begin!
Ted Harrison passed away in 2015 but left behind his gift of seeing our World as a beautiful and colourful place. Ted formed the Ted Harrison Foundation, a registered Canadian Charity to enable children to visit that World as well. Ted wanted children to see things however they wanted. A dog could be purple or a moose pink. Ted thought that art came from one's soul, since it is not bound up by an rules. It was his opinion that art was a major force in a child's mental development and confidence. We hope that this colouring book will be a creative inspiration to many.'
www.tedharrisonfoundation.com